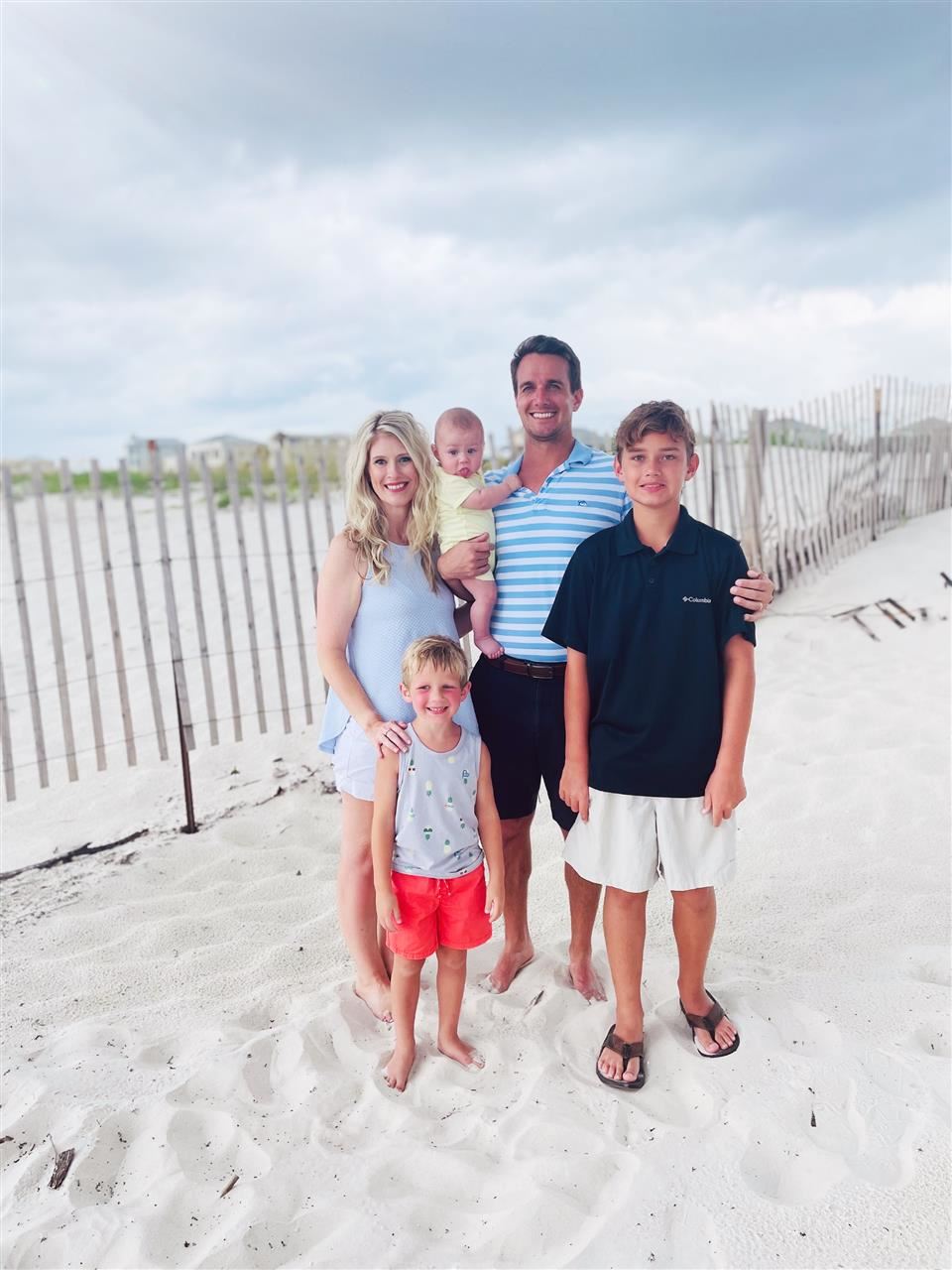 I married Drew Sockwell on June 20, 2015, in Gulf Shores. When I married Drew, I also became a *second momma* to a precious boy, Landon. He is beginning his second year in middle school this year! Drew and I had our first child together in October 2016- Evan Fitzgerald, "Fitz." He is a hot mess! Earlier this year, we welcomed a 3rd boy to our family, Theo. I am the ultimate BOY MOM. Life with my boys is pretty amazing! We also have three dogs: Darby (labradoodle), Millie (goldendoodle), and Bo (mini schnauzer).

I have always had the pleasure of calling Tuscumbia my home. I attended Tuscumbia City Schools and have always been proud to call myself a tiger- a DESHLER tiger that is!  My family and I attend Faith Church in Florence. I have been on several mission trips, all allowing me the opportunity to work with kids.

One of my absolute favorite things to do is read! When I was a child, I never wanted to go outside and play- I wanted to read as much as I could! During the summers, I would join the reading club at the Helen Keller Library and read as much as I could in those two months out of school. Mrs. D introduced me to Harry Potter when I was 11, and I have to say it is my absolute favorite book series! I have read each book AT LEAST 5 times. For me, reading enables the mind to be imaginative and escape the every day world. The Hunger Games series and Divergent series are also some favorites. Other than reading, I love trying out new cooking recipes (thanks Pinterest!) and spending time with my family & friends doing anything- movies, shopping, traveling, etc. One of my favorite trips was to New York in the summer of 2014. My mom and I traveled with friends to get our own experience of "The Big Apple"- it's one of my favorite memories!! I realized my love for Broadway shows and my hatred for big cities! I loved my time there, but I have never been so grateful for my Small Town, USA! Oh, and I can't get enough Alabama Football~ ROLL TIDE!

"Believe in yourself and all that you are. Know that there is something inside you that is greater than any obstacle." Christian Larson

"Parents can only give good advice or put them on the right paths, but the final forming of a person's character lies in their own hands." Anne Frank