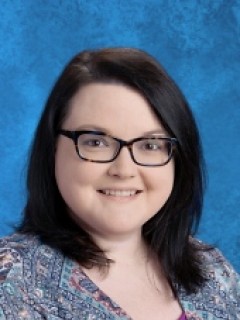 I am so excited to be back at my home school as the visual arts teacher. I have always been a tiger! I attended Tuscumbia City Schools from kindergarten to 12th grade. While at Deshler I was involved with numerous organizations including band, art club and the National Honor Society. I graduated with an advanced diploma in the spring of 2006. The memories that I made in the Tuscumbia City Schools system make me even more excited to be here now. It is a great honor. I look forward to opening up the world of art to the students of DHS, DMS, and RET! I hope that through this instruction they may find inspiration, encouragement, and even the desire to take on creative careers.

I graduated from Deshler High School in 2006.

This is my 7th year teaching Visual Arts for Tuscumbia City Schools!

GET TO KNOW MS. FLANNAGAN!

Favorite Movie: There are way too many to choose from, but movies that I can watch over and over again are Titanic (until *SPOILER ALERT* right before Jack dies), Mrs. Doubtfire, Sense and Sensibility, The Greatest Showman, and all of the Harry Potter movies!

Favorite Book(s): The Harry Potter series, all of the Jane Austen classics, Jane Eyre, the Outlander series, and so many more. I would love some suggestions! I love to read as much as I love to draw!

Favorite Sport: Anything that takes place during the Olympics. My eyes are pretty much glued to the television during the winter and summer Olympics! Gymnastics, figure skating, and swimming/diving are my favorite.

Spare Time Activities: I love spending time with my family and friends. I also LOVE curling up with a good book or going to the movies. I love going to see live theatre, musicals especially. Most of my spare time is spent with my 10 year old niece, Nora, and my 10 month old nephew, Oliver.

Favorite Art Moment: That would DEFINITELY have to be getting my picture taken next to Wheatfield and Cypresses by Vincent Van Gogh in New York City on my birthday and his. We were both born on March 30th.